How Telcos Can Compete Today: The Cloud

Now that we understand the challenges for today's telcos, we understand that, in order to succeed, telcos need to embrace the changes and challenges within their market. Yes, consumers want different solutions and services than they did a decade ago. Yes, voice calls and SMS messaging will no longer be the core component of increasing ARPU. Yes, the Over-The-Top (OTT) players have changed the game with their innovative eye and quick-to-market solutions. Now more than ever, telcos need to forget the bliss of yesteryear's traditional business models—along with the profits they brought—and take a page out of the book of these new entrants.

One of the ways that new entrants such as WhatsApp, Facebook, and Skype have managed to get into the telecoms market so quickly is by using the new technologies available to them to the max. New entrants don't have legacy systems to deal with; nor, for the most part, do they invest in technology hardware. Instead they use cloud platforms that allow them to scale quickly and without tying their money up in capital expenditures—which also minimizes the risk associated with trying new things. This shortens their time to market and makes them even more competitive.What's stopping traditional telcos from taking advantage of new technologies, such as the cloud platform, for all of the same reasons? After all, the cloud isn't just for start-ups, and combining its flexibility and scalability with the existing tech know-how and business experience of the traditional telco can put them in a uniquely competitive position. In a nutshell, we know telcos need to compete with these new entrants by creating new revenue streams while keeping costs and risk to a minimum, and the cloud enables them to do exactly that.

The Benefits of the Cloud

The most obvious benefit of using the cloud is probably the CAPEX versus OPEX argument. As the cloud is an inherently software-focused solution, there is no requirement to invest in new and expensive hardware infrastructure. This means that organizations can just pay for what they use, which can come from their operational budgets—enabling them to avoid large capital expenditures. This means that their finances are more readily available and they aren’t suffering a depreciation to launch new technology. 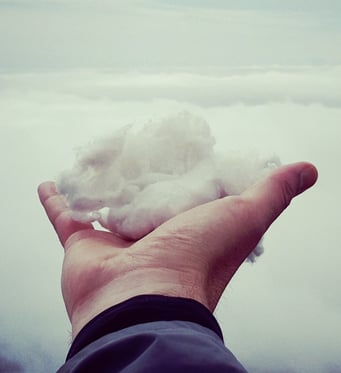 The next benefit focuses on using people as a resource. Cloud platforms, for the most part, are designed with easy-to-use interfaces that don't require a lot of technical nous (may want to change this to know-how) to operate. So not only do organizations using the cloud not need people to build and maintain the infrastructure, they also don't need highly technical people to operate the systems. This means that your headcount can be focused on revenue-generating activities, such as forecasting and producing new revenue streams.

The cloud also enables an organization to test these new revenue streams without too much risk. In years past, telcos that wanted to introduce a new service to customers would need to do a lot of upfront work just building the infrastructure before they could even test a version of a new service on customers. Now, with the cloud, you don't have any of those upfront costs, nor do you need as much time to build and test new technology; in addition, if the new service is successful, it also doesn't take long to fully bring the product to market with the scalability that cloud platforms offer. This means you can get new services to customers as quickly—and as cheaply—as their newfound competitors.

Because the cloud offers this ability to test and scale so quickly, it's inherently low-risk because the time or money needed to conduct a test is minimal. Therefore if testing fails, there is no huge loss to speak of; an organization can simply move on to the next big idea. This benefit of using cloud computing is one of the reasons why startups are able to embrace the mantra of “fail once, fail often”, and it’s a culture that the traditional telco also needs to adopt alongside this new technology.

Making the leap to gain that edge

Adopting the cloud, and the right culture, means traditional telcos can now compete with the OTT players in terms of bringing innovative services to market quickly. Furthermore, traditional telcos, with their history of offering secure and reliable connectivity, now have an edge on their competitors because they’re suddenly in a position where they can offer these new services with the additional experience and reliability that new entrants simply don't have.

Traditional telcos were once at the forefront of innovation, but embracing new technologies such as the cloud shouldn't be viewed as an admission of defeat at the hands of these new entrants. Instead, it should be seen as a natural progression for a forward-thinking technology company and indeed, a route that allows them to cement their place in this new digital telco world.