Top 3 Reasons Mobile Operators Must Modernize Their Networks In 2018

Posted by Tom Hourihan, Vice President of Corporate Development on 1/30/18 9:41 AM

A new year has barely settled in, and already, the IoT (Internet of Things) is fueling changes in the telco industry. According to Gartner, the 8.4 Billion connected "Things" in use today will balloon to an unprecedented 20.4 billion by 2020. The largely consumer-fueled growth will be driven by three regions: North America, Western Europe, and mainland China.

The mobile operator industry has been grappling with reduced ARPU (average revenues per user), intense market competition from OTT platforms (such as Facebook, Whatsapp, Blackberry Messenger, and Skype), and rising capital expenditures (CAPEX) since the last decade. Ovum maintains that telcos will have lost an astounding $386 billion in revenue to OTT platforms by 2018. 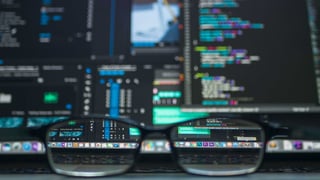 In North America, CAPEX remains stubbornly high at 15% of revenues. Meanwhile, some mobile operators in Asia (Thailand, India, and the Philippines) are already spending 28-30% of revenues on CAPEX. EBITDA (earnings before interest, taxes, depreciation, and amortization) margins for these operators are also on a downward trajectory for 2018 and beyond.

The statistics definitely correlate with our top 3 reasons for keeping up with the bandwidth kings of the Internet in 2018.

Digital natives are experience-driven in nature; they crave freedom, creativity, and novelty. By 2018, the on-demand economy is slated to become a $57 billion dollar industry, and by 2020, Generation Z consumers will monopolize 40% of the U.S. consumer market.

Notably, shipments of Augmented Reality (AR) and Virtual Reality (VR) headsets reached 2.1 million in the second quarter of 2017. According to Juniper Research, data consumption will increase by more than 650 percent from 2017 to 2021. Mobile AR (especially Pokemon Go) and social VR will drive much of that growth. In 2016, Pokemon Go was the fastest mobile game to hit $600 million in revenues.

The immersive environments that Generation Z'ers cherish are predicated on faster data speeds; this correlates with Juniper's prediction that each VR device will have a data demand of more than 4K by 2021. In the wave of the future, bandwidth will separate the boys from the men.

Major OTT players such as Apple, Amazon, Google, and Facebook are leveraging economies of scale to capture large swaths of the telco consumer base. To sustain business viability, telcos must modernize their mobile networks to support what are called adjacent verticals, the ancillary business of providing financial and e-commerce services to consumers.

Major OTT players rely on operators' network infrastructures to support virtualization technologies, and there's no reason telcos can't deploy the same concept to their advantage. In late 2017, French telecoms giant, Orange, did just that. It launched France's first smartphone banking for consumers. It's goal? To capture 25% of France's online banking market. Now, in 2018, Orange is looking at 400 million Euros in revenue from its financial services unit, half of which will be derived from Africa.

While we're on this topic, MaaP (Messaging-as-a-Platform) may literally transform the customer service experience forever. In the MaaP ecosystem, operators will be able to drive traffic from Application–to-Person (A2P) SMS towards enriched native RCS-based MaaP. The beauty of MaaP is that it supports AI-powered chatbots to provide mobile customers with on-demand 24/7 services that will help improve the customer experience and drive new revenue for operators.

There is currently no consensus on how global telcos will respond to the evolution of 4G to 5G. Although European Telcos are confident that 4G (through LTE Advanced, MIMO, and carrier aggregation) will satisfy the present demands of consumers.

They argue that carrier aggregation can increase network capacity through the integration of multiple carrier data streams, while MIMO (multiple input multiple output) can facilitate better deployment of existing bandwidth through the recalibration of antenna configurations.

On the other side of the ocean, Americans note that Asian telcos in China, South Korea, and Japan are ramping up to facilitate a revolutionary (rather than evolutionary) deployment of 5G. Notably, Deloitte is warning that the U.S. will need to invest an estimated $130–$150 billion in fiber infrastructure over the next five years to remain viable in the IoT world of commerce.

The bottom line? The modernization of existing networks has now become what Deloitte calls a national imperative. To help navigate these new changes and opportunities, contact us today. We're here to provide solutions that will help you find a better way forward.