Text Messages: Are we still sending those?

Isn't the text message dead yet? We've been talking about the death of Short Message Service (SMS) for over half a decade now. Surely it's dead by now? But alas, as Mark Twain once said, "The reports of my death are greatly exaggerated," and this is also the case for the humble text message. Despite the rise of the Instant Message (IM) on IP services, SMS is not quite dead yet. Let's look at what's happened, why IM hasn't killed off the humble text message, and what this all means for the operator.

The evolution of the messaging market

The SMS was a cash cow for operators for many years. At first, customers were paying for each text message they sent—and sometimes they paid to receive them, too. Then operators started bundling, whereby they gave customers an upfront amount of messages for a certain monthly fee. Of course the fees charged, regardless of what they were, were essentially 100% profit, as it costs virtually nothing to provide the service. Eventually, operators began offering unlimited text messages as part of an annual or 24-month subscription plan. 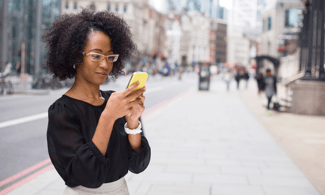 At the same time, the instant messaging market was being disrupted by Over-The-Top (OTT) messaging services like Viber, Kik, BBM, WeChat, and WhatsApp. These services offered free messaging—sometimes after an initial nominal charge to download the app—to other users who had the same app on their phone, and it was free to send a message to wherever those users were. This began to take another chunk of revenue from the operator in terms of international texts. When Apple launched iOS 5 and iMessage, it was also thought to be another nail in the text message coffin.

The proliferation of the text message

So yes, people, especially millennials, choose to use instant messaging on free apps with WhatsApp and WeChat coming out on top. And while the number of text messages has declined as the number of instant messages has increased, it's a bit more complicated than a straight swap. While the GSMA Intelligence Consumer Survey 2016 found that IP messaging was used more than SMS in 27 of the 56 markets surveyed, it also suggests that adoption of IP messaging is linked to when unlimited SMS bundles were introduced into the market. For example, in Canada, the U.S., France, the U.K., Denmark, Sweden, Belgium, and Australia, more than three in five subscribers still use SMS more than IP messaging. This isn't the only reason why SMS remains popular. SMS is still unrivalled in that it's completely cross-platform and linked only with a mobile phone number. So regardless of subscribers’ chosen operator, handset, or data plan, a text message will get through.

Interestingly, the evolution of technology in the telco markets themselves has contributed to the downfall of the number of text messages sent today. Improvements such as the strength of the 3G, 4G, WiFi, and now the IP network, combined with the smartness of the smart phones operators are selling, have enabled the introduction and popularity of OTT messaging services.

While there's no doubt that SMS is no longer the cash cow it was, the question really is, “What should operators do next?” SMS is still relevant for today's market; just because it's not something that customers are willing to pay a premium for as they once did doesn't mean that an operator can just stop offering the service. However, if these services don’t yield enough profit to cover the cost of maintaining the oftentimes legacy infrastructure, it may be that same evolution of technology that provides operators with a solution.

Through technology improvements, operators can now work with a vendor that virtualizes the IMS core, enabling them to offer the latest in advanced IP services, including text messaging. Choosing a hosted or managed IMS core has all of the benefits of a cloud solution, including scalability, low cost of ownership, and reduced CAPEX. Realistically, no one knows what's going to happen to the humble text message, but if recent history is anything to go by, it's not going to disappear in the immediate future. So the right strategy seems to be to embrace technology, shift away from costly-to-maintain infrastructure, and at the same time future-proof your business by using the Cloud to have the ability to scale up or down as the text messaging market evolves.